The SoMont Cycling Youth MTB team, a youth mountain bike team founded in Glenside/Wyncote, is looking for youth athletes to join their team. The team has local promotional events this weekend Saturday April 14 at Keswick Cycle in Glenside and next week Thursday April 26th at Circle Cycle Bike Shop in Huntington Valley. 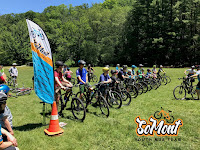 Co-founders, Wyncote/Cheltenham neighbors and friends, John Raisch and Thuong Nguyen are mountain biking enthusiasts.  Raisch, a Rockledge-native and Abington High School graduate, grew up mountain biking in Lorimer Park while Nguyen, who grew up in Lancaster, became an avid Fairmount Park rider while earning his BA at the University of the Arts.

Today, both are also fathers with children developing their own affinity for cycling. During the league’s inaugural season in 2016, Raisch and Nguyen planned and conducted learning experiences, training, and practices for the youth in Lorimer Park, Baederwood Park, Tookany Creek Parkway, Pennypack Park & Rail Trail, Forbidden Drive, and at the Philly Pumptrack.  Along the way, they picked up new team recruits and supporters. For the 2017 season, the SoMont Cycling Youth MTB Team attracted over 25 student-athletes, spanning grades 6 through 10,  from public and private schools throughout southern Montgomery County (Cheltenham, Abington, Springfield, Lower Moreland and other areas).  The team is also enthusiastically and financially supported by many community businesses.  “ 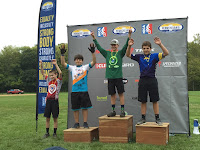 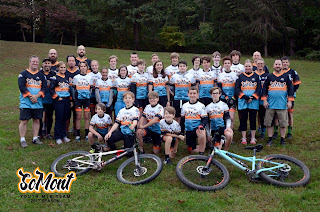 SoMont Cycling Youth MTB Team is a PICL sanctioned composite team, organized in 2016.  It is an independent youth mountain bike team in the Cheltenham, Abington, Rockledge, Lower Moreland, Upper Dublin and Springfield areas of southern Montgomery County. The goal of SoMont Youth MTB is to introduce boys and girls (6th to 12th grade) to the sport of mountain biking and to help them use the sport as a way of developing a new life-long athletic interest.  The team and coaching philosophy is to use cycling, and the mountain bike itself, as a way-of-thinking to transport our riders to a sense of adventure, exploration, excitement, friendship and good health.

Learn more about the team at these upcoming promotional events: