After competing in their third race of the Pennsylvania Interscholastic Cycling League's inaugural season, the SoMont Cycling Youth MTB team continues to train and prepare for the final races of the season. Like any other sports team, the SoMont youth cycling athletes reflect on their past performances, and discuss what they learned as a team and as individuals, as they conduct their weekly practice routine.

Elsa, a 7th grader at Cedarbrook in Cheltenham Township and recent 2nd place podium finisher in the Boyce Park race on October 16 just outside of Pittsburgh, summarizes her recent experience saying "Being on the podium was great. But what was even better was crossing the finish line on my bike in second place - with my team, my coaches and my parents cheering me along!"

The 9 member youth cycling team, comprised of students in Abington, Cheltenham, Lower Moreland and Springfield townships, practices twice a week and races in league events every other week. With more than 20 practices and 3 official race events under their belts, team camaraderie is high and sportsmanship at league events is clear and present.

As testament to this, Luke, a 7th grader at Abington Jr. High School and racer/finisher in the first 3 race events, stopped during the Boyce Park Pittsburgh race to help a fellow racer who had been racing in front of him "A racer in front of me took a pretty bad spill on the trail. He seemed hurt so I helped him up and made sure he was ok. We then continued on, racing together!" said Luke after completion of his race.

"We're just past the halfway point of the season, and these kids have already achieved so much. I can't be more happy about their accomplishments. They're a great bunch of kids and I can't wait to see what they accomplish this year, next year and in the future!" said coach Thuong.

“We have a fantastic group of dedicated community based sponsors, coaches, student-athletes and families. I am so proud of what we’ve collectively accomplished and I look forward to seeing our team race and continue to represent our community here in Montgomery County,” remarked Raisch. However, Raisch is boldly looking beyond this season further adding, “We are actively recruiting more student-athletes, preparing for a time when Abington, Cheltenham, Lower Moreland and other school districts adopt mountain biking as an interscholastic sport. This wonderful sport promotes physical and mental fitness, equality, inclusivity, and an appreciation of the great outdoors. We don’t think it gets much better than that.”

The team races next on Sunday October 23rd near Altoona PA, then again on Sunday November 6 in Fair Hill, MD for the season finals.

SoMont Youth MTB team introduces 6th to 12th grade boys and girls to adventure, exploration, excitement, friendship and good health through the sport of mountain biking. These characteristics are the bedrock of the team’s philosophy. Through instructional practice and competition student-athletes also develop problem solving skills, increase their self-esteem and see the benefits of a healthy and active lifestyle.

Founded in 2009, the National Interscholastic Cycling Association (NICA) develops interscholastic mountain biking programs for student-athletes across the United States. NICA provides leadership, services and governance for local leagues to produce quality mountain bike events, and supports every student-athlete in the development of strong body, strong mind and strong character through their efforts on the bike. NICA operates in over 20 states, has over 7,500 student athletes and over 3,000 NICA-licensed coaches across the United States. NICA's vision is to develop interscholastic mountain biking coast-to-coast by 2020.

SoMont Cycling Youth MTB Team is a PICL sanctioned composite team, organized in 2016. It is an independent youth mountain bike team in the Cheltenham, Abington, Rockledge, Lower Moreland and Springfield areas of southern Montgomery County. The goal of SoMont Youth MTB is to introduce boys and girls (6th to 12th grade) to the sport of mountain biking and to help them use the sport as a way of developing a new life-long athletic interest. The team and coaching philosophy is to use cycling, and the mountain bike itself, as a way-of-thinking to transport our riders to a sense of adventure, exploration, excitement, and good health.

Pictures from the Boyce Park race October 16, 2016 in Pittsburgh, PA. 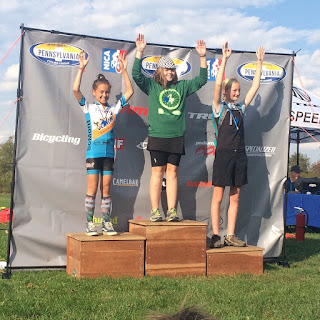 Elsa on the podium 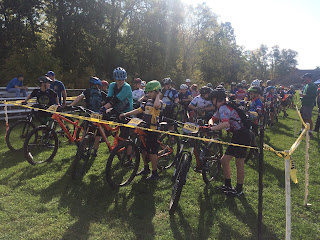 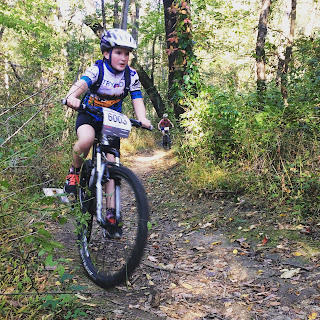 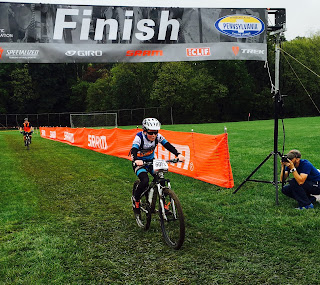